The Heart of Songwriting: A Comprehensive Guide to Writing Memorable Songs

In this insightful and detailed guide to the craft of songwriting, Dove Award-winning producer and career songwriter John G. Elliott digs to the core of Christian songwriting, demystifying the writing process. From getting started all the way to when and how to make a demo, this book covers the practical steps, potential pitfalls, and big-picture perspective that every songwriter needs—not only to create a great song but also to sustain a successful career. You will learn the essentials of lyric, structure, rhythm, style, and editing, plus how inspiration, creativity, and persistence play into success. A solid spiritual foundation underpins the practicals as the author discusses the unique dynamics faith brings to songwriting.

Drawing on decades of proven success, John G. Elliott lays out what distinguishes a great song from a good song, how a songwriter can achieve memorability, and why some songs and songwriters have longevity. Specialized topics include prophetic song, writing for congregational singing, the role of the Holy Spirit and inspiration, and the habits of successful songwriters and composers. Filled with practical instruction, tips, and chapter assignments, this book is transformative for both aspiring and experienced songwriters of any genre. Great songwriting is within your grasp!

***
“John’s book is a must read for the Christian songwriter. He understands both the craft and the inspiration behind powerful songs. In this book, he puts practical tools together with spiritual insights which are incredibly useful. I have known John for over thirty years and am honored to call him friend. I trust his heart and his skill. Do yourself a favor and read it.”
—Michael W. Smith, Award-winning, multi-platinum recording artist
“When I need a solid word from God, I listen to John G. Elliott.”
—Max Lucado, Pastor and author
“If you are a songwriter looking for encouragement, you would do well to read John’s book. It will be a blessing and a source of inspiration to you.”
—Ricky Skaggs, 2018 Inductee, Country Music Hall of Fame
“John G. Elliott is one of the most skilled songwriters I know. I wish I’d had this book, with the tools in it, to learn the craft many years ago. His songs are timeless, and he’s passing us the tools to also write songs that will endure. There’s no one better to learn from.”
—Misty Edwards, Chief singer and worship leader, International House of Prayer

John G. Elliott is a Christian songwriter, Dove Award-winning producer, accomplished recording artist, and on the international roster of Steinway Artists. He has been nominated for eight Dove Awards as a songwriter and producer. Numerous artists have recorded his songs, including Pat Boone, Steve Green, Sandi Patti, and Ricky Skaggs, and he has cowritten with such notables as Amy Grant, Michael W. Smith, Paul Overstreet, and Gloria Gaither. The Gospel Music Association and ASCAP have frequently invited John to chair workshops and moderate panels on the subject of songwriting. He ministers worldwide as a worship leader and speaker. John and his wife, Carol, live in Kansas City, Missouri, and are on staff at the International House of Prayer. They have five married children and three grandchildren.

An interview with John G. Elliott by Adam Wittenberg:

“A well-written, powerful song can change the way people think. . . . The skill to write these songs is vital in this hour of the worship movement.” —Misty Edwards (from the foreword to The Heart of Songwriting)

He’s written songs with Michael W. Smith and Amy Grant, and won a Dove Award for producing the Praise and Worship Album of the Year in 1991. John G. Elliott’s career as a singer, songwriter, producer, and worship leader has spanned three decades, including eight Dove Award nominations.

Question: How did you start writing songs?

John G. Elliott: My journey as a songwriter began in 1981. I had a hand injury and couldn’t play the piano for four-to-five years. I needed to focus my musical energy, and I started writing songs. I sang a few of my songs at a retreat where I was the speaker, and a music publisher in the crowd, from Cincinnati, Ohio, asked me to write songs for a young people’s curriculum on different topics.

Later, I was a guest concert artist at Fellowship ‘83, an event in Ridgecrest, North Carolina, and Michael W. Smith, who was working on his first album at that time, told me that night that I needed to move to Nashville. I tested it before the Lord, He confirmed it, and so several months later I did.

Q: What helped you grow as a songwriter?

JGE: When I got to Nashville, I discovered I had a lot to learn about songwriting! Fortunately, I started rubbing shoulders with some really great songwriters. Early on, one of the most noted producers in Nashville, Greg Nelson (Sandi Patty, Larnelle Harris, Sheila Walsh), took me as his assistant producer. He took it upon himself to be really hard on my songs. He was an incredible teacher and very demanding that I pressed for the best.

The way Greg used to put it to me was [that] his success in making an artist become very visible all hinged on great songs. That phrase, “great songs”—I heard it more than 1,000 times. “The song must absolutely be memorable, and it must move the heart,” he would say. It’s because of Greg, more than anyone else, that I learned how to write songs in a way that [they] were very memorable. What I put in that book is what I learned from real master teachers that understood songs.

Q: What type of myths do you want to dispel about songwriting?

JGE: I’ve seen many young songwriters approach songwriting in a way where there’s mythology surrounding the subject of creativity. I wanted to dispel those myths, in the book, and set straight for the record what songwriting’s all about. It’s mostly a craft. It’s not sit down and suddenly a magic wand waves over you from heaven. One percent [of the time] that might be the case; but 99 percent of the time it’s best to see it as a craft. In the class I teach at IHOPU, I show the students that even in the Bible itself there is tremendous craft demonstrated in certain songs, such as Psalm 119—where there are 22 sections of eight lines each, and each section begins with a different letter of the Hebrew alphabet.

People often say, “The Lord gave me this song.” After listening, I would have to say, “If the Lord gave you this song, the Lord needs a few lessons on songwriting!” What I needed to impart to people is that the Lord may give you an idea, a chart of a song, or a nugget, but He expects you to take it and craft it into something, just like the Lord gave Adam and Eve the garden, but they had to cultivate it. Even the biblical writers used craft. Their tools were words and melodies. They had to work at it—it was 10 percent inspiration and 90 percent perspiration. So, I wanted to write a book that could help people understand the process and not be discouraged.

Q: In an age of great technology and tools, do we still need “great songs”?

JGE: Because of the advance in technology, there has been a dependence on the production sound above the quality of the song. People have resorted to these easy solutions instead of really crafting great songs that live on. I actually deal with that in two or three points in the book. When I teach classes or seminars, I say that those tools are for arranging or enhancing, but they will not make a good song into a great song.

The book is an encapsulation of years of writing and also wanting to help people  (especially my fellow Christian songwriters) learn how to write a song that could be sung for decades and have that kind of memorability to it. The book can be read by anyone, not just Christians, and there are a few points in it where I say “if you’re a Christian songwriter, you’ll want to read this chapter, but if not, you might want to skip it.”

Q: What’s different about this book than other books on songwriting?

Other than one now out-of-print book I read in 1983, I haven’t found a book that I felt systematically helped the budding songwriter walk through the process step-by-step, in a systematic way of how to go from point A to point B, to point C. I felt this [issue] was lacking in all the things I saw, of the books that are out there now. I just don’t have a lot of confidence [regarding this] in what I’ve seen.

Q: What would you say to someone considering your book?

Also, there is so much hope for people who think they might have an interest. Natural talent and gifting certainly helps, but my classes [at IHOPU] have proven that people with minimal experience and not much background in music can actually do this if they apply the principles. It’s amazing what some of these people can do!

Have you ever wanted to write a song? Where do you need help making your dream a reality? 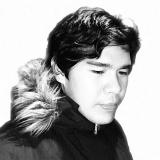 Charles Ian Garrido Verified Buyer
Jun 26, 2020
This book is a perfect foundation for writing Songs of Worship. I’m sure you’ll be blessed with its content. As you read more and dig deeper into the heart of God through the journ...view moreals of the author and other artists mentioned in this book, your appetite to know more how to write an unforgettable song for Jesus increases as you turn on to read the next pages. view less
Share
0
A
Amy Peterson Verified Buyer
Dec 15, 2018
Great gift for songwriters!
I've a written a few songs, but I think they get bogged down in some simple issues I didn't realize - this book is so helpful! The author gives an assignment at the end of each cha...view morepter, that actually is doable. The whole thing is really practical, sort of step by step covers all the basics, but he gives the "why" and I think that's what's helping me the most. Plus he explains a lot about inspiration and how the Holy Spirit works with the songwriter. Great book for songwriters (and those of us who WANT to be songwriters ;) It would make a great gift, too. view less

Forerunner Bookstore Online Store
Thank you for your insightful and detailed review, Amy!
Share
0
Load more
If you have any questions, please drop us a line with your question.